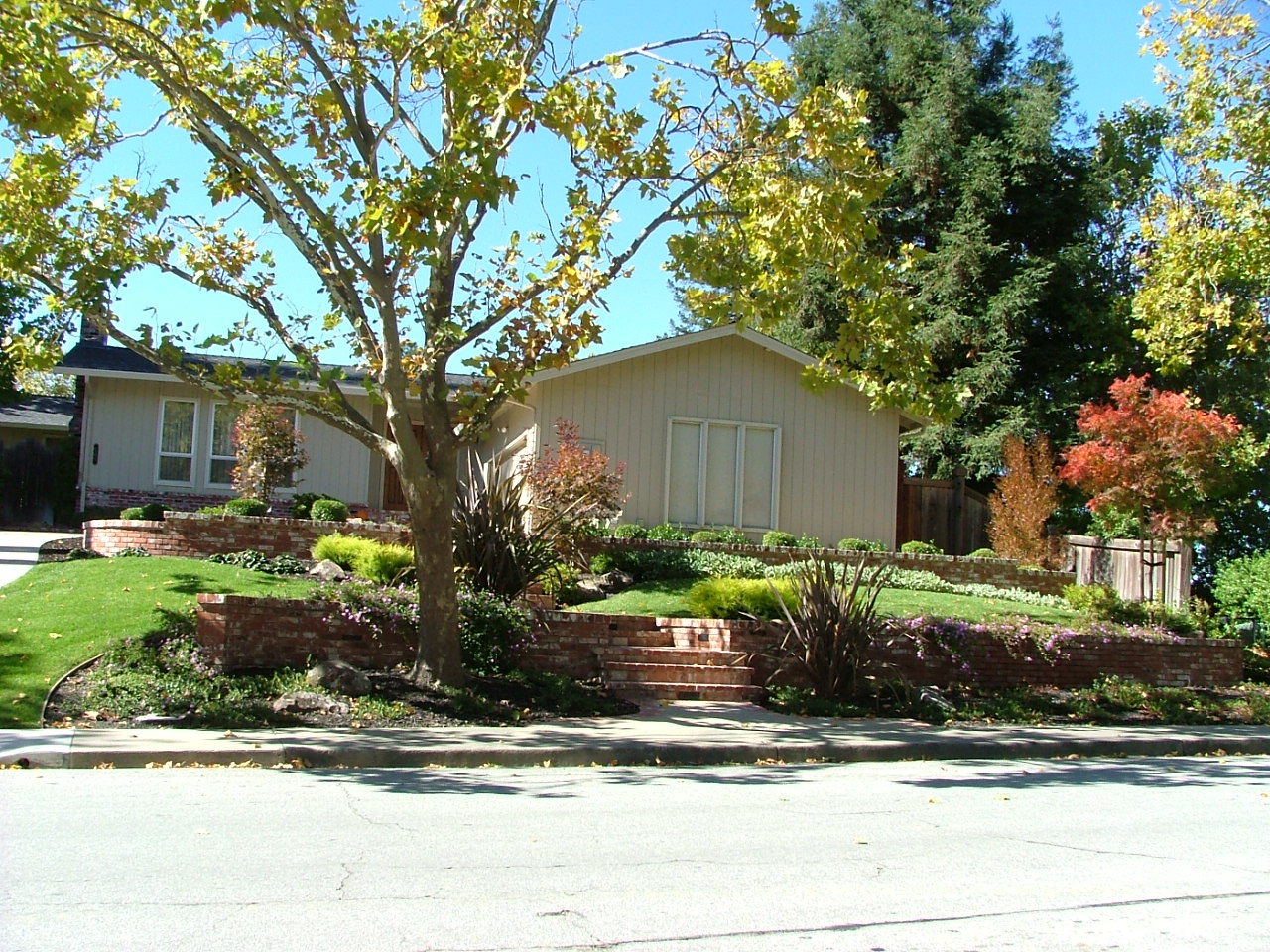 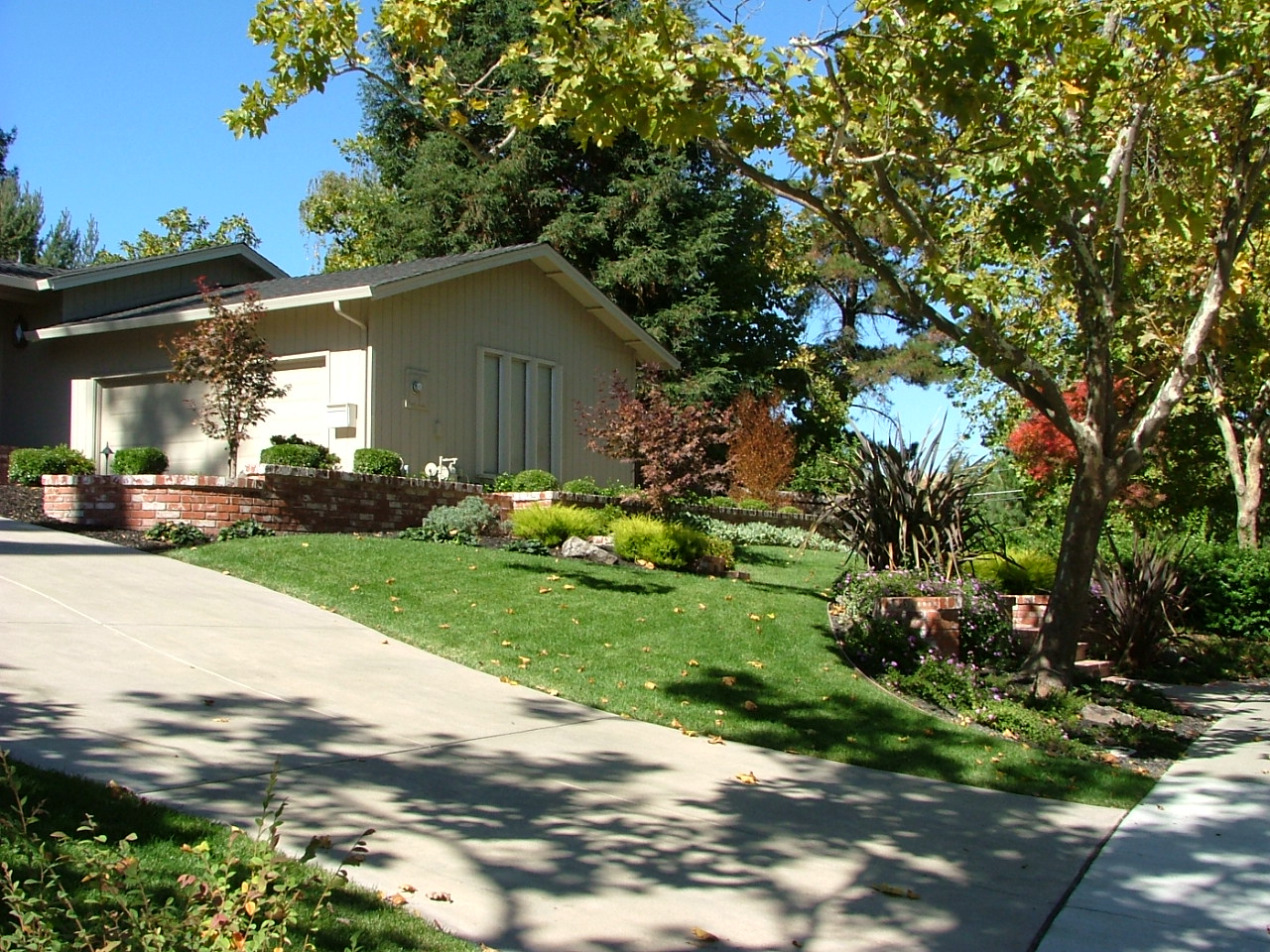 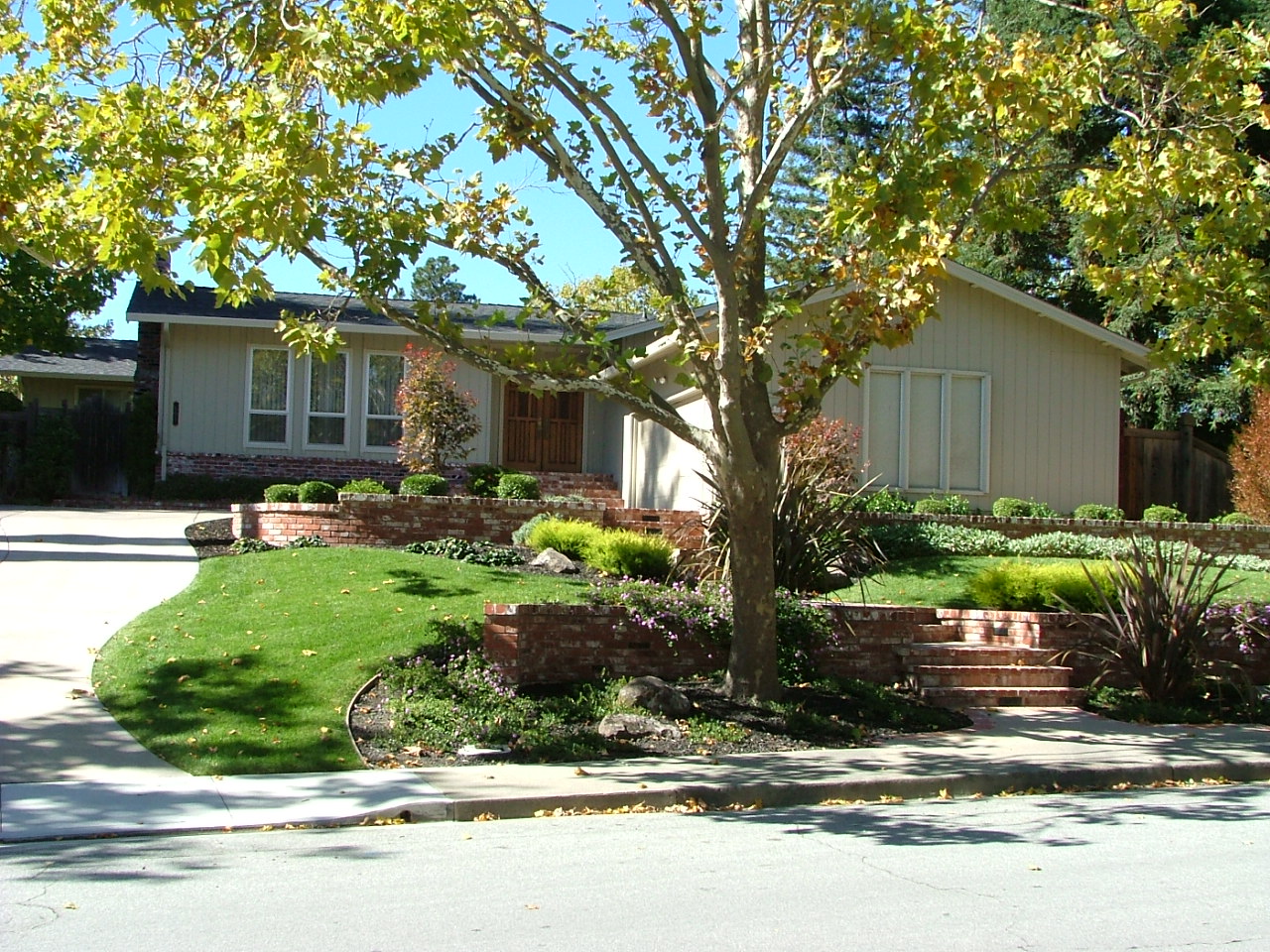 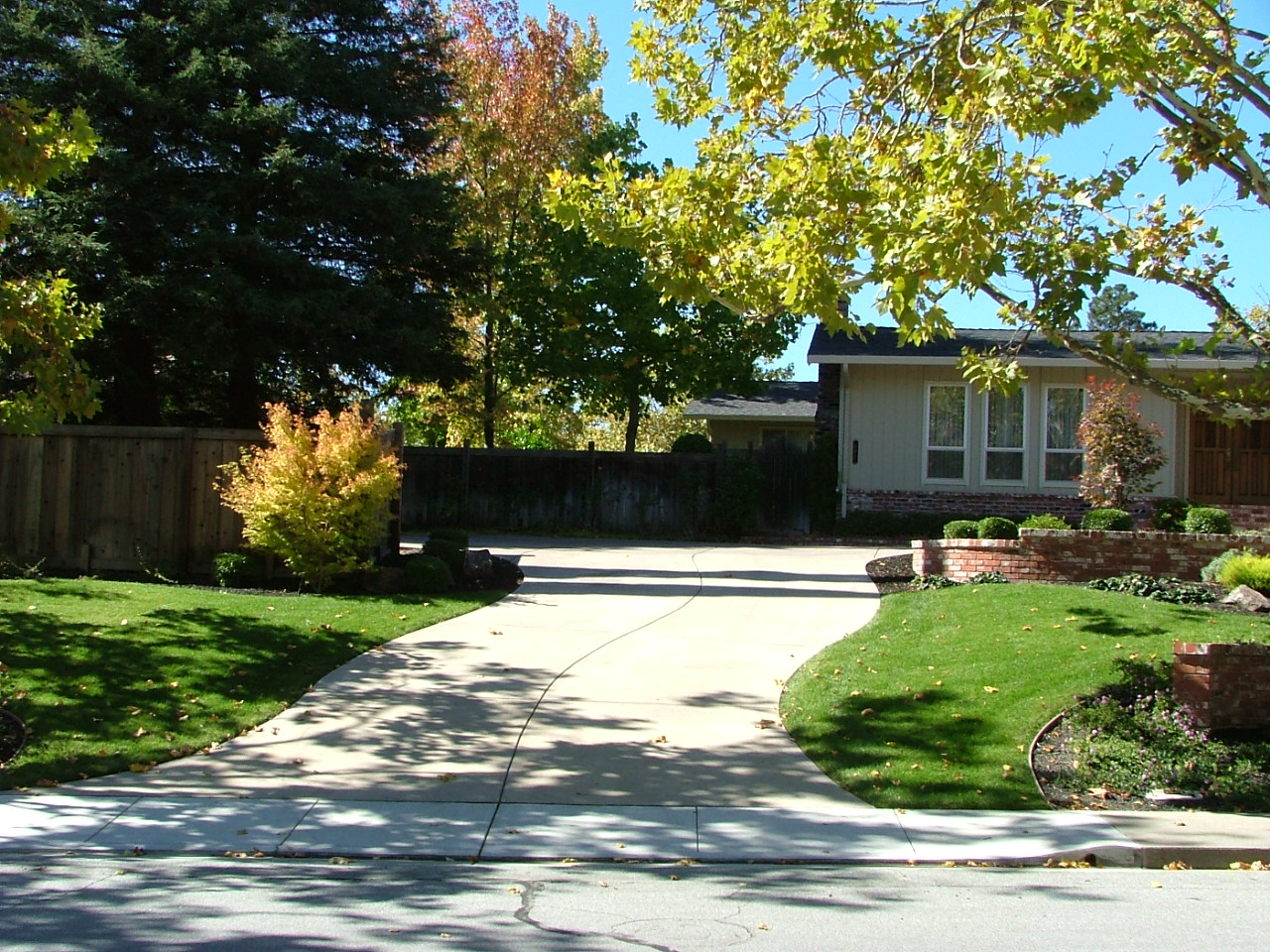 An improperly placed Atlas Cedar which had been growing for over forty years was positioned a couple feet from the existing driveway. It also did a good job of blocking the view of the front door from the street perspective. The driveway was cracking from the roots undermining the integrity of the pour.

The house looked older simply from the fact that the existing woody sheered shrubbery and large trees were overpowering the profile of this ranch style home. There was no front walkway and the existing grade of the driveway was an exaggerated slope at the base where it met the public road.

By matching the existing brick that was on the front porch and house veneer into the new walls and walkway, we drew the eye from the street view up to the main residence with continuity. The new design included a terraced appearance in order to lessen the severity of the sloped lawn areas and create raised planters alongside a new gradual brick walkway. The steps were accented with low voltage lighting both in the steps and highlighting small ornamental trees.

The end result the home appears to be much newer with all drought tolerant, textural plantings.